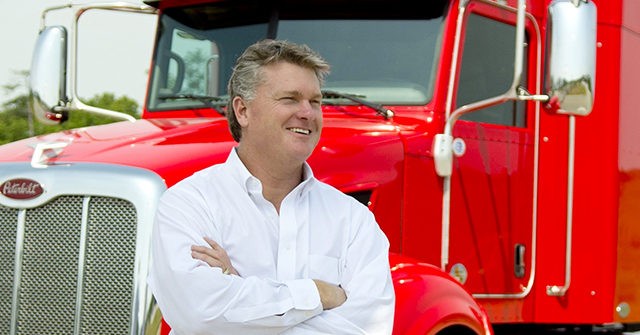 Collins’ race against former state Rep. Vernon Jones was called by the Associated Press within about an hour of polls closing. Unofficial results at the time of this writing showed Collins beating Jones by nearly 50 percent.

McCormick’s race against Evans, an attorney specializing in election law, was a bit closer but still definitive, with results at the time of publication showing McCormick ahead by more than 30 percent.

Trump invested heavily in Georgia’s primary races as he sought to unseat Gov. Brian Kemp and other Republican incumbents, whom the former president has outspokenly targeted over Georgia’s 2020 election process.

Jones was initially running for governor but dropped out of that race at Trump’s urging to clear the way for Kemp’s opponent, who ended up losing in a rout to Kemp on primary day.

Jones then jumped into the race against Collins in Georgia’s Tenth Congressional District — a rural district in northeast Georgia in which Trump is well-liked — and earned Trump’s endorsement immediately thereafter.

But while Trump’s endorsement has so far performed well for candidates in most other states, it failed badly in Georgia. Out of the eight non-incumbent candidates Trump chose to back, six of them lost, and most by wide margins.

Collins, a trucking company owner, was an early favorite in the Tenth District race as he picked up momentum around the same time the trucker convoys in Canada, and later in the U.S., were capturing nationwide attention as they demanded freedom from coronavirus mandates from their respective governments.

McCormick, a former military pilot and physician running in the Sixth District, mentioned Trump in his victory speech Tuesday night, saying, “I expect Donald Trump to call us because we’re gonna be friends together, and we’re gonna move forward together because that’s what the party is about,” according to the Atlanta Journal-Constitution.

Dr. Rich McCormick announced victory in the runoff for the District 6 Republican primary at his election watch party — “I expect Donald Trump to call us because we’re gonna be friends together, and we’re gonna move forward together because that’s what the party is about.” #gapol pic.twitter.com/gMQ272vL0L

Collins and McCormick are both heavily favored to win their general election races in November as both of their districts are solidly red.