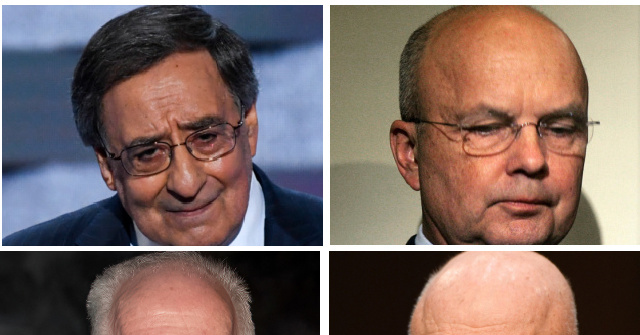 Former top intelligence officials who signed an open letter suggesting the Hunter Biden laptop story was part of a Russian operation just weeks before the 2020 election were silent after internal Twitter emails acknowledged there was no evidence the story involved material that was illicitly obtained.

According to the New York Post — the outlet that broke the story in October 2020 — as reported on Saturday:

On Friday, journalist Matt Taibbi released internal Twitter emails discussing the company’s decision to suppress the story — which included locking the Post‘s Twitter account, deleting tweets that linked the story, or tweets that even referenced the story.

The emails showed that Twitter officials decided to take these actions on the possibility the story contained hacked materials, even though there was no evidence or a government finding of any hacked materials. The emails also showed that some Twitter employees questioned using that justification.

Then-Twitter communications official Trenton Kennedy asked other officials about that justification: “I’m struggling to understand the policy basis for marking this as unsafe.”

Another official, then-Vice President of Global Communications Brandon Borman, asked, “Can we truthfully claim that this is part of the policy?”

Five days after questions were raised at Twitter about relying on a hacking justification to suppress the story, more than 50 former intelligence officials published an open letter on October 19, 2020, that argued that, based on their experience and expertise, the story came from the Russian government.

“If we are right, this is Russia trying to influence how Americans vote in this election, and we believe strongly that Americans need to be aware of this,” they wrote.

The letter worked to cast aspersion on a blockbluster story that potentially implicated then-Democratic presidential nominee Joe Biden just weeks before the election.

The story — reported by Miranda Devine and Emma-Jo Morris, who is now Breitbart News’s politics editor – revealed private emails that detailed shady business dealings with foreign actors and compromising sexual material found on Hunter Biden’s laptop, after he reportedly left it at a repair shop in Delaware and never came back to reclaim it. Some of the business-related emails potentially referenced the elder Biden.

Nick Shapiro, a former top aide under Brennan, did not equivocate, telling Politico about the letter: “The real power here however is the number of former, working-level IC officers who want the American people to know that once again the Russians are interfering.”

The letter was also signed by former acting CIA Directors John McLaughlin and Michael Morell, along with more than three dozen other former intelligence officials.