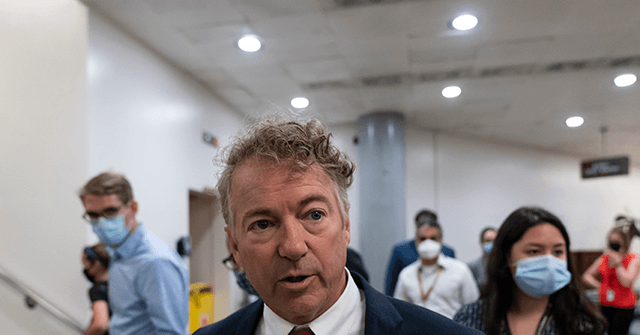 On Wednesday’s broadcast of Newsmax TV’s “Prime News,” Sen. Rand Paul (R-KY) reacted to a report that, due to inflation, the average household will have to spend $11,500 more to maintain the same standard of living by stating that “now we’ve lost more to inflation than they gave us in the form of free money.” And predicted that due to the fact that not all the coronavirus relief money has been spent, there will be more inflation as that money is released into the economy.

Paul said, “What we know for sure is that now we’ve lost more to inflation than they gave us in the form of free money. The inflation came from the free checks that were passed out. They shut the economy down. They sent free checks to everyone. And they said, oh, this will make up for it. But guess what? When people add up how much they’re paying for gas and the grocery store, it’s canceled out all the free money. And I don’t think the inflation’s over by a long shot. There’s still about $2 trillion out there that’s held in the coffers of cities, counties, and state governments that hasn’t been spent yet. As it’s spent and put into the economy, as it chases goods, it’s going to chase the price of our goods higher. We’re going to get more inflation, so this isn’t over.”